Entain rejected MGM Resorts takeover bid that was worth $11 billion. The former said that the amount undervalues the company and its assets. After the announcement, Entain’s stocks increased 29 percent on the London stock exchange last Monday. On the other hand, MGM stocks dropped by four percent in New York.

According to sportsbook pay per head providers, MGM’s takeover bid came as Entain ventures into the lucrative US sports betting market. After the Supreme Court legalized sports betting in 2018, 18 states now have legal sportsbooks. Also, more states will follow in 2021.

Entain is an FTSE 100 company that was previously known as GVC Holdings. In 2018, it acquired Ladbrokes, the popular sportsbook giant that was established in 1886. Aside from Ladbrokes, Entain owns Partypoker and Bwin. 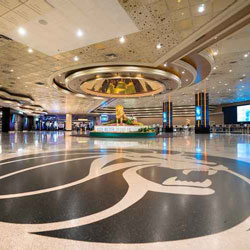 MGM is known for its Las Vegas casinos and hotels, including Mandalay Bay, MGM Grand, and Bellagio. It signed a joint venture contract with Entain that resulted in Roar Digital. The latter is the owner of the online sportsbook BetMGM. They launched BetMGM in 2018 with an initial investment of $200 million. According to horse betting software experts, they increased their investment to $450 million in 2020.

Entain confirmed that it received and rejected an $11.03 billion bid from MGM. There were reports that MGM initially proposed an all-cash offer worth $10 billion. According to Entain, MGM offered a limited partial cash alternative for shareholders. If Entain accepted the proposal, its shareholders would have 41.5 percent of the combined entity.

The City of London’s takeover code governs offers for Entain. It allows MGM until February 1 to announce its intention on whether or not it wants to make a bid for Entain. However, Entain said that the proposal is too low for the company and its potentials.

A merger between Entain and MGM would result in a robust company that can compete against Caesars and online firms DraftKings and Flutter. The bookies are ready for Super Bowl LV, and the merger would make it a top contender for the number one sportsbook in the US.