The New Jersey gambling industry had reasons to celebrate in March. It got the largest sports betting retail handle since 2019. However, it failed to reach the first $1 billion betting handle milestone.

However, New Jersey’s market will face more difficulties, including New York’s online sports betting launch. In March, NJ sportsbooks got $860 million in bets. It was the highest monthly handle in a month during the football off-season. Also, it was a steep increase from the $182 million handles in March 2020. 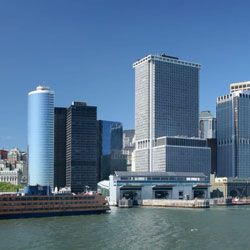 New Jersey sportsbooks earned $61 million. It was a 361 percent increase from $13 million from March 2020. Also, it was an increase by 32 percent from $46 million in February. Sportsbooks paid $7.7 million in taxes. It would be the best time to open a sportsbook in the state.

According to pay per head sources, basketball contributed most of the handle in March with $442 million. It was up from $320 million in January and $326 million in February. Retail sportsbooks got $80 million, the highest handle for retail outlets since January 2019.

The popularity of March Madness contributed to the resurgence of retail sportsbooks in the state. If New Jersey allowed wagering on in-state teams, Rutgers’ run in the tournament could have given the state more tax revenues.